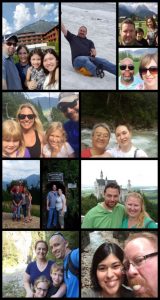 From 9 to 11 September 2016, the 52d Strategic Signal Battalion Unit Ministry Team (UMT), stationed out of Stuttgart, Germany, hosted 14 Department of the Army Civilian Couples for a weekend marriage enrichment training at the Edelweiss Lodge and Resort in Garmisch, Germany. The event was the first of its kind in that the event was funded with a target audience of Civilians. Traditionally, Army units and UMTs have been funded for family training events like these but have only been able to train Soldiers and their Families. However, in a Signal Unit abroad, where roughly half of the personnel are Civilians who are serving tours away from an English speaking support community, the need for family enrichment training and funding was glaringly apparent.

As a result, back in October of 2015, the 52d UMT submitted a Specialized Grant Request to the Army Chief of Chaplain’s Office identifying the need and requesting funds to conduct the training. In February of 2016, the grant was approved and planning began. During the registration phase the event quickly accumulated a waiting list for this “rare opportunity.” Couples were even willing use a Leave Day to attend the training. Prior to promoting this opportunity, the Civilians in the unit were typically a bit reticent towards the UMT, not really sure how the UMT could support them. There was definitely a culture of divide between the UMT and the Civilian population. In years past, the UMT was always there to support the Soldiers. 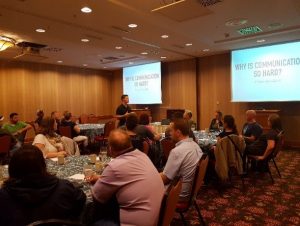 That barrier towards personal ministry has been broken down through this training. The UMT is no longer here just to hold Religious Services and support the Soldiers in the eyes of the Civilian. This event has built a bridge to personal ministry that exceeds all expectations. In fact, in an effort to ‘take baby steps,’ the weekend training event intentionally scheduled family time out on the town, but the After Action Review (AAR) came to reveal that the participants actually opted for more training and discussion than free time because free time is not as much of a concern for Civilians as it is for Soldiers. 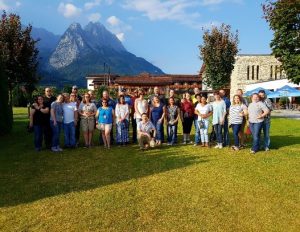 Rather, Civilians are hungry for more valuable discussion and training. They are already asking when the next event will be and stirring up conversations about the event with those who missed it. A foundation of relationship has been laid through this effort that is already proving fruitful through on-going discussions and follow up events.

CBAmerica’s Director of Chaplaincy, Andy Meverden writes: “Chaplain Werho tapped into a significant ministry segment of the Army community. Approximately 1.3 million soldiers serve in the US Army (Active, Guard, and Reserve); you likely know about these. But are you aware that ‘Army Civilians – more than 330,000 men and women working in every profession imaginable – are not active duty military, but serve as an integral part of the Army team to support the defense of our nation.’ (http://www.armycivilianservice.com). In my Army days, we fondly called them ‘little old ladies in tennis shoes.’ They were the stable logistical backbone of Army posts. They still are, and so much more.

Many of these ‘DA Civilians’ (DAC), serve in support of Army personnel around the world. In situations where it is safe and feasible, they can take their families with them, as in the case of Chaplain Werho’s communications unit in Germany. Seeing a need, he took the initiative, recommended a solution to his commander, and received approval to proceed with planning and executing this relationship enhancement retreat. Needs were addressed, walls came down, bridges to future ministry were built. The beautiful location did not hurt!

Join me in thanking God for this ministry breakthrough, and asking Him for even greater ministry inroads into this largely unknown population of DAC personnel and their families. While you’re at it, pray for all 175 CBAmerica chaplains (96 military and 79 civilian) scattered across the US and around the globe; for eyes to see the ministry opportunities before them, and the wisdom and courage to take Spirit-led initiative to develop effective ministries to reach others with the Gospel of Jesus Christ.”

For more stories about CBAmerica chaplains, go to http://cbamerica.org/category/chaplaincy/. To learn more about becoming endorsed by CBAmerica as a chaplain, contact Andy Meverden, Director of Chaplaincy at chapandy@cbamerica.org.