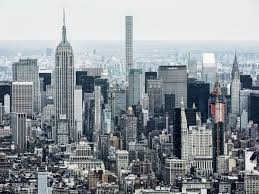 Like Philip after witnessing to the Ethiopian Eunuch, Chaplain Joe Gomez of Hollywood, Florida, serendipitously found himself swept away to Ecuador!  How did he get there?  What is he doing?  How is he surviving?  Did he take his endorsement with him?  Read on to find out.

As per your request, some background on me, as you are new to the endorser role. I was born and raised in New York City of Puerto Rican parents, where my “Mountains” were skyscrapers like the Twin Towers, and Empire State Building. The “green grass” under my feet was blacktop and cement.  And no, I was not in a gang, enough said!!

My day of salvation was the first week of Dec. 1980 during a very tough time in my life. I heard the Word preached at a couple of churches,  on the streets of the South Bronx amidst the drug dealers, and children playing. Back in my lonely apartment I raised my arms towards Heaven, repented, and confessed Christ; as God come down from Heaven, died on the cross for my sins and resurrected. I am eternally saved.

Now what? This ex-Catholic, altar boy who played a monk at a Christmas pageant on East 29th St Catholic Church, had no clue what church to go to. God did.  He knows and sees everything but, “I’ll help Him cause he’s a busy man.”  So, riding the crowded, smelly NYC subway, I see a girl reading a Bible, and not-so-shy-me asks ” Where do you go to church?”

For a long time in my “first love romance,” (with Jesus) I felt like I was walking on air. I couldn’t wait for Sundays, weeknight Bible study, men’s group, and Spring/Summer street evangelizing (because on cold snowy days you don’t dare stop anyone). I felt sorry for those who died without Christ in the winter! 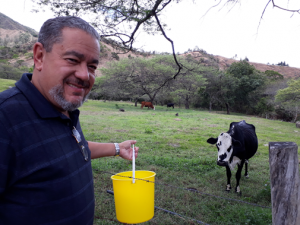 As years went on, I grew in Grace, graduated into a Baptist, Reformed Theology, Calvinistic, Sovereignty of God, Zionist, New York Rican.

But in my heart, I knew I had to “GO” to another country to serve. Well like Frank Sinatra, “I did it my way,” praying, but helping God.  My wife and I visited Panama, Costa Rica, Colombia, Guayaquil Ecuador, and our 2nd Island, Puerto Rico, surround by big ocean water, not like the Island of Manhattan, with little water, where I and The Donald were born.  Nope, never stole his hub caps.  Nobody’s. 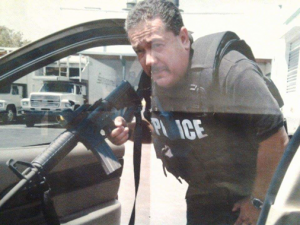 Well when I “gave up” and let God do it, He directed me through the Computer and I found Pastor Leo and Semilla de Mostaza Baptist Church (Mustard Seed Baptist Church) in Loja, Ecuador.

Part of my prayer was to focus my ministry to Cops and Corrections Officers of which I was one, along with equipping the saints, counseling, teaching, and evangelizing.

Soon afterwards, Pastor Leo informs me that his brother Juan Pablo, and his wife were visiting Miami. I said, “Send them to stay with us in Hollywood Florida.”  So here he is, in my living room, and then I asked him what does he do for a living?  He said (totally unexpected to me), ‘I’m a Police Captain in Loja!’  What!!!??????  God must have been cracking up laughing!!  He selects the place, the timing, and sends the Police Captain miles across the Ocean, to answer my prayers; in my humble home in Hollywood, Florida. 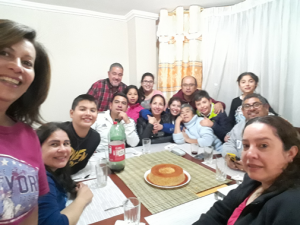 Afterwards, all the Pastor’s family, kids, some leaders, and even a group of about 10 men came to stay with us on their way to a conference in Orlando Fl. We also visited Loja, Ecuador a couple of times, and stayed with them.

A loving, family-style, Christian connection was established, and three years later (I took my early, reduced social security) here we are in Loja, Ecuador, self-funded, since June 21, 2017. (We left just prior to hurricane season!) 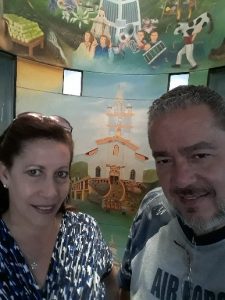 Idolatry and apathy prevails in this lovely, clean, safe city of over 214,000, and just 1% Christians. Lots of work to do among police and civilians. ‘Mucho’ prayers needed; but here we sovereignly are, as God sings, like Frank Sinatra “I did it My way.”  He never was too busy for me…or for you.

Pastor/Chaplain…by His Grace and Humor

Chaplain “Andrew” continues: “While checking on the welfare of our chaplains in Florida and elsewhere during the recent spate of US hurricanes, I came up one chaplain short. Six of seven chaplains responded, all safe, but with varying degrees of local storm impact.  After 72 hours, Joe Gomez, of Hollywood, Florida, did not reply.  I became concerned that he might have been one whose home had been severely damaged.  As I started to research his area, I got this surprise email!  Not only was he safe, but he had recently moved with his wife to Ecuador!

The borders of ‘missions’ have been re-drawn by God’s Hand in modern times. ‘Foreign missions’ now takes place in the US, and ‘Home missions’ takes place overseas.  From its inception in 1952, CBAmerica Chaplaincy has been a hybrid of both ministries, operating among troops world-wide, and in different cultures.  Chaplain Joe and Raquel Gomez are examples of another, new variation of chaplaincy ministry – ‘retired relocation.’  Pray for Joe and Raquel Gomez as they settle into a new culture and ministry location.  Thankful for their Hispanic cultural heritage and Spanish language fluency, they hit the ground running!  Pray for ‘mucho fruit’ as the Holy Spirit empowers and directs their paths.”

For more encouraging stories of God’s work in and through CBAmerica chaplains, go to www.cbamerica.org/chaplaincy. If interested in what it takes to be endorsed for chaplaincy, contact Andy Meverden, Director of Chaplaincy at chapandy@cbamerica.org.

One Reply to “Lord, I Know You’re Busy, I’m Just Trying to Help”