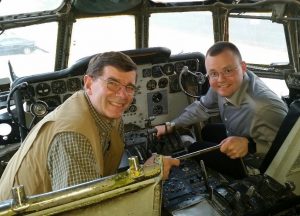 After the unexpected death of a Soldier in their 50s, I provided direct ministry support to the Soldiers of the unit, because God made sure I was at their Annual Training location in Ft. Drum. 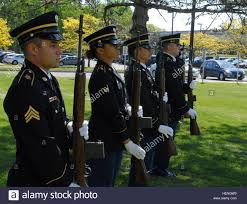 In fact, the day before the incident, the same Soldier that died had offered up his maintenance tent as a place to provide a worship service to his unit — and he even attended! He even offered me coffee both before and after the service. The next day his artery collapsed while he was performing his hygiene. The next several days became a whirlwind of activity, but the Soldiers were provided an opportunity to not only grieve, but to also bury their fellow Soldier. I’m so glad that God gave me the opportunity to minister in that moment.

Another great blessing was to see over 500 Soldiers return safely from overseas deployment, to include our 2 Unit Ministry Teams (UMT’s). It was encouraging to see the ministry impact that these Chaplains and Religious Affairs NCO’s had on our deployed Soldiers. It’s also good to have additional UMT resources back in the state to provide additional coverage for our large force structure. (The New York National Guard has 10,000 Army and 6,000 Air personnel).

We lost two Soldiers this quarter, one to suicide and another to a collapsed artery during Annual Training. Please pray for the families of the deceased, and for the impact on the NY Army National Guard Engineers. They have experienced in this year alone; 2 suicides, 1 unexpected death, and 3 deaths in their veteran population. It is sad when there are more deaths stateside than in combat.

NY State is also a large part of the deployed force in Puerto Rico and the Virgin Islands:

Pray for Chaplain Miller as he provides fulltime pastoral support to the New York Army National Guard. He is one of several CBAmerica chaplains serving fulltime in Army and Air National Guard units in the 54 States, Territories, Commonwealths, and District of Columbia.

*Note: The Emergency Management Assistance Compact (EMAC) is a mutual aid agreement between states and territories of the United States. It enables states to share resources during natural and man-made disasters, including terrorism. A major component is the National Guard (Army and Air) which can be requested by the Governor, when local resources are overwhelmed or special capabilities are needed.

For more stories of CBAmerica chaplains, go to http://www.cbamerica.org/. For information on endorsement for one of the many types of chaplaincy available, contact Andy Meverden, Director of Chaplaincy at chapandy@cbamerica.org.