I serve the inmates as a CBAmerica Chaplain in a Florida prison. I am also a Gideon. I decided that I would do a Gideon Scripture distribution to all 1200 inmates. When they came out of the chow hall for lunch, I asked each one personally if they would like a copy of God’s word. About 250 said yes. 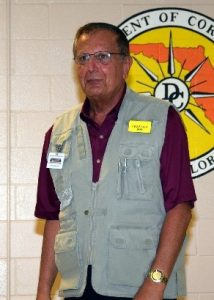 One of the inmates that took one of our pocket New Testaments (let’s call him Jim) was a known drug dealer in the prison; one of your go-to men if you wanted to get high on something. You can get your hands on most drugs easier in prison than on the outside. There is a big profit to be made selling drugs in prison, more so than on the outside so that’s why some staff, some inmates and some visitors bring the drugs in. It’s big business and it’s everywhere.

One day Jim ran out of rolling paper for his joints. He later told me, as he looked at his pocket New Testaments, he figured out that the pages in it were just the right size and thickness to roll a perfect joint for resale. At the time he wasn’t sure how the print would affect sales or the taste of the joint, but that turned out not to be a problem! So starting with Matthew, he started to tear pages out of his testament and rolled his joints. He got up to the page that was around the third chapter of John. Hey, you can’t make this stuff up folks!  He started to read what was somewhat familiar verses from his childhood. Do I have to tell you what verse spoke to him? 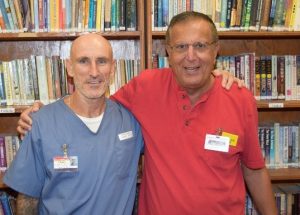 He told me later he read that page several times, figured out what it was saying and committed his life to Christ. The next thing he did was to ask for a chaplain. He took several of my classes and still seems to be walking with the Lord. Bingo!!! Chalk another one up for the Holy Spirit where He promises in Isaiah 55:11 that “His Word shall not return unto Him void.” This kind of gives that verse a whole new meaning!

Chaplain Bob’s main prayer request is for “safety and God’s leading” in his ministry. Join me in praising God for His continued work in the lives of “the least of these” (Matt 25:40) who find themselves in prison.  Bob is one of 10 CBAmerica chaplains working in correctional facilities (penitentiaries, prisons, jail and other types of detention facilities); military and civilian.  Include them all in your prayers.

For more stories of God’s work through CBAmerica chaplains, go to www.cbamerica.org/chaplaincy.

For information on how to become an endorsed chaplain through CBAmerica, contact our Director of Chaplaincy, Andy Meverden at chapandy@cbamerica.org.