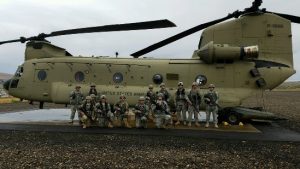 Hope in a Hard Place: Army Reserve Chaplain Ministers in Time of Need

The hardest funeral I have done yet happened over Annual Training (AT) this year; I share the following story with the service member’s permission.

I was providing chaplain support to an engineer company in Yakima, WA. I began my typical battlefield circulation, visiting the Tactical Operations Center (TOC), the cooks, the forward deployed platoon at the bridging site. I was even able to hop on a helicopter flight to make it out to another location where the construction engineers were. We were winding down as AT was only a few more days. I had ministered to several different Soldiers and took a late lunch.

The commander called me and said that he had the First Sergeant (1SG) on the line. The instant I heard his voice, I knew something had happened. He told me that his wife had just called and let him know that their son had taken his own life. I immediately returned to the TOC to meet with him. The commander graciously gave me his office and for the first few moments, we sat in silence without words. I put my hand on his knee as he wept for his departed son. We began to talk about his son’s life and the last conversation he had had with him.

After helping him process the initial shock, I met with the commander to ask that he be released to go home to be with his family. Due to logistics, it was decided that I should accompany him home. Thankfully, the Lord had provided a rental car to me for the duration of AT and I was privileged to spend 4 hours in the car with him, letting him decompress and begin adjusting to his loss. By the time we arrived at his home, we paused to pray before meeting the family. His wife and his son’s fiancé met us and I continued to be present with the family before heading home. Although the family’s background was Catholicism/Mormonism, I was asked to conduct the funeral for his son 3 days later; I felt the Lord’s leading to do so.

Although a very difficult service, I was blessed to be there and believe that I was able to be the presence of Jesus in this situation. Partly, I was able to take the service and bulletin planning over and once onsite, coordinated with the funeral home director. The good that God has brought out of it is that the family has returned to church and the 1SG is a regular part of my suicide prevention briefs. Having been a part of two other memorial services this year also prepared me for ministry in this area.
****************************

Pray for Chaplain Kawaguchi, and his wife Shireen, as he was recently promoted to Major and assumes the increased responsibilities of a brigade chaplain. He asks for prayer for the following: 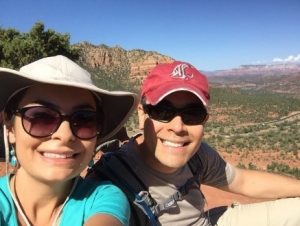