“So they read in the book in the law of God distinctly, and gave the sense, and caused them to understand the reading.”

A few months ago during our Sunday morning chapel service I had the wonderful experience of opening up the Scriptures to soldiers who had no previous exposure to the Word of God. Rather than give a traditional sermon, I gave them all Bibles and asked them to follow along with me line by line as I “gave the sense” of what the Word of God was saying. 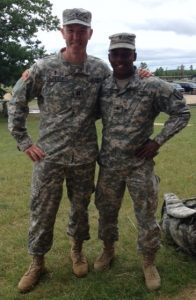 After each passage that I preached I would stop and invite them to ask questions or discuss what was said. While none of the soldiers were professing Christians, they were all affected by the Word of God and the Gospel of Jesus Christ and the service was followed by a profitable group discussion.

Many said that this was the first time they really understood what was being preached and some have since been reading the Bible on their own. It was a blessing to see the Word of God affect them the way it did and God causing them to understand many truths concerning Christ.

My hope is that in God’s time they will come to a saving knowledge of Christ.

For more stories of chaplains endorsed by CBAmerica, go to www.cbamerica.org/chaplaincy 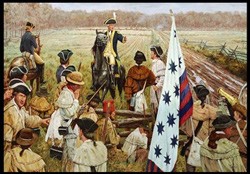 *Historical Note: The Rhode Island National Guard traces its history from the first colonial defensive force established in 1638. On May 13, 1638, the “Traine Band” was formed in Portsmouth, RI. This group of “freemen as a militia subject to call and expected to perform certain military duties in the protection of the people,” was the humble beginnings of the state’s military forces.