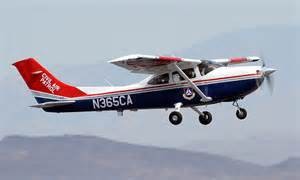 CBAmerica has an astonishingly wide breadth of chaplains.  Some from unsuspecting backgrounds.  Chaplain, Lt. Col. David Poland’s story is quite amazing.  After leaving the US Army sooner than planned, this self-admitted “crusty NCO” picked up his rucksack and continued to follow Jesus in a whole other direction.   Read how God led Sergeant First Class Poland into a fruitful ministry career.

David writes: “In 1982, I was medically retired from the Army for injuries received in a combat training accident. It took three surgeries, 14 months of medical leave, countless hours of physical therapy, and over 10 years for the Army to reach that decision. I was a senior NCO in MI. After my retirement, I used the GI Bill to complete seminary, and became a chaplain at an independent retirement community. I continued in school for doctorates in counseling and ministry.

In 2006, the husband of one of staff members committed suicide after returning from duty in Iraq. As I helped her through her grief, I began to learn how many of our active military and veterans were committing suicide. I felt that with my experiences and injuries in the military, as well as my education in counseling, that perhaps God wanted me back in the military as a chaplain. That door would not open because of my injuries and age, but it was suggested I investigate being a chaplain in Civil Air Patrol (CAP), the US Air Force Auxiliary. With proper training, CAP chaplains can go on USAF orders to supplement the USAF Chaplain Corps. In 2008 I joined CAP, was endorsed as a chaplain by CBAmerica, got qualified to go on USAF orders, and have been working with members of the Missouri Army and Air Guard. I have done about 100 funerals for veterans each year. In addition to honoring our veterans, this provides an opportunity to minister to their families. It has also given me the opportunity to counsel members of Guard after they have returned from deployment.

At times, families will tell us their deceased loved one had attended church as a child, and even though none of them are “religious” now, they still want Christian prayers for the deceased. Several of the chaplains had a discussion and decided if they had requested a chaplain, then they would receive a Christian service from our own tradition that included the Gospel. At one such service, the firing team was members of the Marine Corps League. After the funeral, each member of the team approached me, to thank me for a clear presentation of the Gospel. It was one of those moments when you hoped you have served the Lord, only to have it confirmed from an unlikely source.

As a CAP chaplain, I also work with the CAP Cadet Program (youth 12 – 21 years of age) teaching ethical and critical decision making; and work in Emergency Services counseling CAP crewmembers and victims of disasters.”

What a change of direction for David Poland; from “pushing troops” in a Military Intelligence unit, to completing multiple graduate degrees, including two doctorates in ministry and counseling.  Whether in a nursing home, his Civil Air Patrol Squadron, or officiating veteran burials in a National Cemetery, Chaplain Poland has the boldness and sensitivity to share the Good News of Jesus Christ in life’s most difficult situations.  Pray for Chaplain Poland and the seven other CBAmerica-endorsed Civil Air Patrol chaplains serving in eight different states.