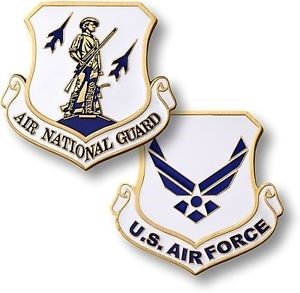 My first deployment in 2016 was a great year with many surprises, and some times of having to move forward in faith. During the summer of 2015 I was able to be the full-time Air National Guard chaplain in Idaho. My leadership kept me full-time until I left to UAE in April 2016. I moved my family from Eastern Oregon to Boise Idaho. This meant a new school for my kids (Jonathon, who was a freshman and Elly, who was in 8th). And my wife (Allyson) was finishing her clinical rotation as a nurse practitioner student.

April was bittersweet. My wife had just graduated with her Master’s Degree and was days away from testing for her nurse practitioner license. I left to UAE on 9 April. During my transient stop in Al Udeid Air Base I found out she passed her exam! By May I had settled into a good battle rhythm at my deployed location. I was blessed to be able to handpick a chaplain assistant from home station to go with and he was a blessing and a friend for me throughout the entire deployment.

I was part of a 3 chaplain team (Wing chaplain, a priest, and me).  The Wing chaplain took the Gospel service and I had the two Protestant services every Sunday. This was a stretch for me as I hadn’t preached weekly for a couple of years. I was told going into the deployment not to worry about Bible study tools and sermon prep books because the chapel would have lots of resources. I found one little bookshelf with a couple of books. There happened to be one commentary on the Book of John, the book I felt God was telling me to preach through. He provides!

I had awesome worship leaders to rotate through the 2 services and the chapel ministry averaged around 40-50 per service. The ministry opportunity which consumed most of my time was counseling. I averaged nearly 70 people a month for six months. I became good friends with the psychologist; he was a believer and huge support during the deployment. During the first week of June my wife received a vacate notice from our rental company. This started out as a huge burden but became a blessing.

My wife had also received a job offer in Oregon at the same time. So the rental company let us out of the lease early and prorated the month of June and she and the kids packed up the house and moved back to Oregon. After a few months of not finding housing, a house opened up for us. The best part was the owner wanted us to live in it rent free throughout the winter. What a blessing! I had a home to come back to after deployment. And my kids were able to attend high school with their friends they had grown up with in Baker City. 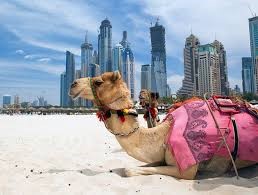 During the deployment I kept preaching the Gospel but I wasn’t really seeing the fruit in terms of salvation or re-dedications. But the Lord was still active in the desert. I had 3 people at different times come to me in a counseling session sharing they had received the Lord. The most memorable was an airman who was going through an awful custody battle with an ex and nothing seemed to be going right. The home problems became work place problems on the base. He was hating the deployment. While at the smoke pit, he remembered something about giving his life to God. So he prayed a simple prayer telling God to take control of his life.

The airman came to me to find out what to do next. We started by praying for his life and that God would put people in his path to walk with him. 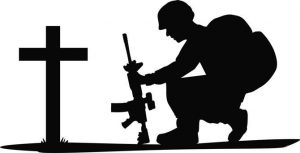 I got him a Bible and told him to start reading John and connected him with a Bible study. God did a total transformation right there in the desert. Not only did the airman’s life change, but his work environment improved. The supervisor he had trouble with previously, noticed the change and affirmed him and his work in front of leadership. The problems with the ex and the custody battle resolved literally overnight. He bought a house while deployed and was able to show the ex he was going to take care of their child. He also was given the opportunity to share his testimony in a non-chapel venue during the deployment. It was an awesome experience and a great reminder God is always at work even when it seems life is at its driest times.

Signs of God’s Work in the Desert:

As a result of 48 Chapel Services and 8 small groups and hundreds of counseling sessions, Chaplain Howarth recorded:

Pray for Chaplain Howarth as he discerns God’s direction for the future.

For more stories of chaplains endorsed by CBAmerica, go to www.cbamerica.org/chapalincy.