“Inmates continue to realize their need to become more devoted followers of Jesus Christ. I baptized five inmates during our Palm Sunday Protestant Service on 20 March 2016. I have baptized a total of 29 inmates in the past nine months at the USDB (US Disciplinary Barracks).” So reports CBAmerica endorsed Chaplain, Lieutenant Colonel, Mark Mitera, Director of Pastoral Care, and Senior Army Corrections Command Chaplain in the Military Correctional Complex at the US Disciplinary Barracks, Fort Leavenworth, Kansas. Typically known as “Leavenworth,” some notable prison inmates past and present include WW2 POWs, William Calley, Nidal Hasan, and Bradley “Chelsea” Manning.

The USDB motto, “Our Mission, Your Future,” symbolizes the “Can Do” attitude; the spirit of teamwork; and the philosophy of the USDB. The entire custodial staff provides individual treatment to inmates to prepare them for a self-reliant, trustworthy and respectable future. The USDB reflects on the past only to build for the future, emphasizing behavior, education, vocational skills and a chance to choose. The staff balances their critical duty to incarcerate, ensure good order and discipline, and to maintain a safe environment, with providing an opportunity for rehabilitation, hope, and a new start. 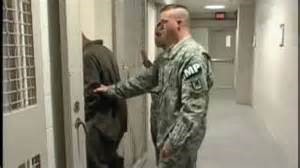 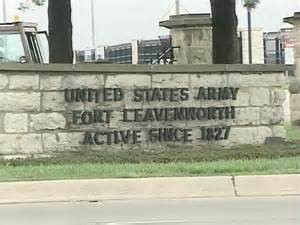 In a companion email Mark shared details about his pending retirement from the Army chaplaincy the end of this year. “I’ve certainly enjoyed my years of service as an Army chaplain, and concluding my ministry at the USDB has been a real blessing…and definitely one of my best assignments. Being directly involved with people ministry and pastoral care to inmates has been very refreshing after having spent my two previous assignments doing mostly administration and personnel management.  Plus, the USDB chapel has become one of my favorite places to preach due to the enthusiastic response of the inmates.  This has been a good way to end my military career.” 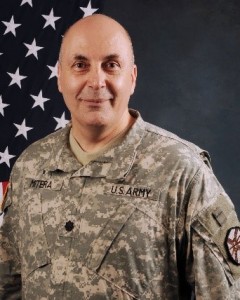 Mark adds in his recent report, “Please pray for us as we go through this time of transition.” I ask you to do just that.  Mark plans to move back home to Ohio, complete some more post-graduate education and pursue ministry in the hospital/hospice setting.  He’s also open to providing pulpit supply in the surrounding area.

I affirmed Mark’s “post-military” plans for continued ministry. After “much prayer and consideration,” he and his wife, Annette, have set their sights on a new ministry vision for the next phase of life.  Join me in thanking God for one “well-done” ministry career in chaplaincy, and asking the Lord to guide their steps into the next phase of ministry.  While you’re at it, reply to this blog post with a note of appreciation and congratulation, as Mark retires the end of November.

If you or someone you know is interested in chaplaincy ministry in its many forms (federal and civilian, prison, police, fire, hospital, hospice, retirement homes, rescue mission, motor sports and clubs, Veterans and Wounded Warrior), contact me at the email below or check out our webpage at www.cbamerica.org/chaplaincy for more stories and info.