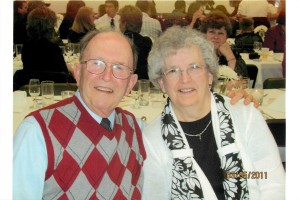 Chaplain Terry & Margaret Sutfin know the meaning of patience and persistence.  Ordained to ministry in 1961 and although qualified and available, Pastor Terry was never able to get into any military branch.  Knowing God wanted them in ministry, they set out to serve in church ministry in New York and Vermont.  When the Vermont church could not support a pastor, wife and three children, they returned to New York where Terry’s family had a Fuel Business.  Active in their home church in Avoca, they served wherever needed.  A volunteer opportunity opened up at the nearby VA Nursing Home Care Unit, where Terry could be found pushing residents in wheelchairs to Chapel on Sunday morning.  With the planned retirement of the facility’s Protestant Chaplain, and budgetary inability for a full-time replacement, the Medical Director recommended the retiring chaplain find someone local who could work as a part-time Contract Chaplain.  Terry was offered the position.  All he needed was an update endorsement.  The initial letter of hire was dated 23 December, 1997.

Chaplain Sutfin sent out a letter with a recent photo.  In the card he wrote:

“FINALLY – by the mid 60’s after College, Grad School, and local experience with CBA in the pastorate, I was qualified for Military Chaplaincy which was my Sincere Desire, but was never able to get into any Military Branch.  HOWEVER – our Omnipotent and Omniscient Lord Jesus already knew that 40 years later I would make it with the very same qualifications.  The place; the VA Medical Center in Bath, NY (one of the very first in existence dating back to the Civil War days).  First as a volunteer pushing wheel chairs to Sunday Services.  NOW, years later my responsibilities have greatly increased to heading up the Community Living Center Chapel program where our average census is 170 permanent residents.  SO – Praise the Lord, I’m happily in His service at age 81, and greatly honored to be the First hired with CBA endorsement for the VA Chaplaincy.”

I ran through our VA chaplain files, and Chaplain Sutfin, indeed was CBAmerica’s first endorsed VA chaplain; and I believe is our oldest serving chaplain, not only in the VA, but of all currently endorsed and active CBAmerica chaplains.

THEREFORE, by the authority vested in me as the Director of Chaplaincy, CBAmerica, I hereby affirm that Chaplain Terry and Margaret Sutfin are, by virtue, chronological age, and faithfulness, CBAmerica’s 2016 Senior Chaplain and Wife.  Given under my keyboard from my home office in Aurora Colorado, this 22nd Day of February, 2016 in the Year of our Lord.

“Give to everyone what you owe them: If you owe taxes, pay taxes; if revenue, then revenue; if respect, then respect; if honor, then honor.” (Romans 13:7)

PS:  Emails congratulating Chaplain Terry and Margaret on this recognition can be sent directly to them at: tsutfin@stny.rr.com 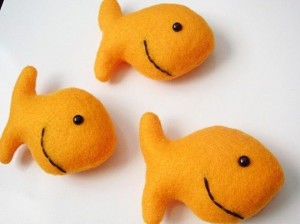 Chaplain, Captain, John Hatfield serves part-time in the Rhode Island Army National Guard.  He, like 47 other CBAmerica reserve chaplains, performs ministry typically one weekend per month.  Twice a year, we ask for a report of the previous six-month period.  Chaplain Hatfield’s report included a specific answer to prayer.

“My greatest blessing last quarter involved answered prayer. I was having lunch during drill and eating “Goldfish” crackers out of a zip lock bag at lunch. As I was eating, I found a small note from my wife (packed in the goldfish) with the words “Remember Luke 5” written on it. This note (in the midst of these fish crackers) brought to my remembrance a prayer we shared together and to my awareness that God was answering the prayer that very day.

The details are as follows: During a drill weekend it can be difficult to reach all the Soldiers. Prior to one particular drill, my wife and I had read Luke, chapter 5, as one of our devotional readings. After the reading, we were moved to pray that as the Lord Jesus caused the fish to jump into Peter’s net, so He would cause many soldiers to come into my office and that the Lord would be calling them to follow Him.

I had forgotten about the prayer until I read the note from my wife and that very day had seen a threefold increase in the number of visits from soldiers. Many of them were seeking a greater knowledge of God and spiritual things. The whole experience filled me with joy because of the clever way my wife placed the note in the goldfish bag and most of all that prayer was being answered.

My hope is that the Lord will pull these men into His kingdom like the disciples pulled in the fish. It is a great blessing to know the Lord answers prayer.”

Pray for “many fish” to be prepared to jump into the nets of our CB-endorsed chaplains; that they would be available and ready to listen and speak words of Life to those in need. 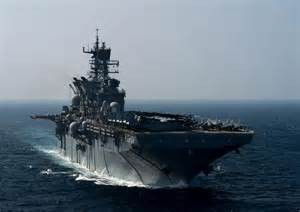 It was the most beautiful funeral I have ever led. Watching the final committal from the safety of the higher position, the stern gate, which normally is lowered for Amphibious Assault Vehicles, was now being opened to say farewell to a beloved shipmate one last time.

Moving along the waters just outside of San Diego at just 4 knots, the ocean sprayed up between the small gap made when the gate opens, surrounding the casket with a halo of sea spray and prismatic color in the morning sunlight. The sailors came to attention rendering one final silent salute as the water slowly enveloped the casket. One more wash of salt water gently swept over and pulled the casket out to sea. As it tilted up and peacefully sank into the deep, every sailor present fought back more than one salty tear.

It was at that moment I realized that all the time, energy, and effort in planning, coordinating and rehearsing was worth every minute. This was even more special to us because this was family. This was closure for a crew who had been mourning the loss of a well- known, well-loved, influential Master Chief who just a few months before was leading and mentoring sailors on board this very vessel.

Somehow through this ceremony, people heard the message of hope of eternal life taken from Romans 8. Somehow, no matter the beliefs of those present, seeing their brother in arms laid to rest enabled those present to move forward. Each one left a little more ready to serve with the confidence that in death just as in life, there is someone who cares. As a US Navy chaplain, I am honored to help bring this into the lives of those who sacrifice so much for our nation.

This Farewell to Kyle article adds the Captain’s perspective with great photos of the ceremony…all the way to watching the casket float off the tail and out to sea!

It is my privilege to facilitate the covenant community family during our Annual Enrichment Conference, March 7-9, 2016, at Seaside, Oregon. Our yearly family celebration has become known as an event that is spiritually transforming, relationally engaging, and strategically purposeful.

The theme of this year’s conference is ‘Movement’.  Bruce Shelley, in his book A History of Conservative Baptists wrote, “Conservatives rather proudly spoke of themselves as a movement.  They had high hopes of going somewhere…”  Our covenant community has banded together to actively pursue a common vision.

We envision a covenant community of churches committed to the glory of God, centered on the gospel, changing our communities by being doctrinally sound, missionally driven, and culturally sensitive – which includes culturally appropriate evangelism, leaders mentoring the next generation of leaders, and churches planting churches through Great Commandment love, Great Commission purpose, and Great Confession dependency.

God has been faithful to accomplish much through our churches, but He is not finished.  This year’s conference will address three barriers to our churches being on mission.  Those barriers are materialism, comfort, and fear.  Pastors from our churches will teach God’s Word as it relates to these barriers, and we will illustrate how God is moving our churches through each one.

This gathering will appeal to, and is open to, anyone who wants to see Gospel-centered churches multiplied. Our hope is to see pastors, potential church planters, elders, church leaders, and next generation pastors and their spouses from all over the Northwest participate in this effort to strengthen the covenant community of CB churches.  Remember, this is not just another “pastor’s conference”, this is a special gathering designed to keep us on our previously-agreed-upon mission to actively pursue covenant community, holding each other accountable to live out our doctrine, polity, and philosophy.

The trustees will be contacting you to let you know of any necessary planning or coordinating specific to your region. If you are unable to attend this special gathering for any reason, please let your trustee know.

Feel free to share this opportunity to build a stronger and healthier covenant community with anyone you feel would benefit from these three days together in March.